One of the most impressive archaeological remains in the area of Monteverdi is represented by the ruins of the fallen, medieval bridge over the river Ombrone. This is also known as “Ponte del Sasso” as it faces the medieval and contemporary village of Sasso d’Ombrone.

The story of the bridge is a fascinating one. The first mention is in a November 1220 AD document where some aristocratic families gave some of their lands to Tienamonte for  «oblatus et dominus pontis, recipiens pro ponte edificato inter Montemviridem et Saxum super Umbronem». However, the fate of the medieval bridge was short. As soon as AD 1294, we have the final mention of this facility: when the castles of Monteverdi and Ripa were sold to the Commune of Siena, the bridge is mentioned as part of their territories, granted by Ugolino di Rustico’s sons, Conte and Ansiligio, to Siena.

The catastrophic flood in AD 1318 could be the main reason for the collapse of the medieval bridge, which still remains nowadays as a spectacular witness of the Middle Ages in this part of Tuscany. 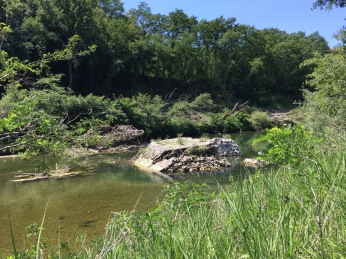