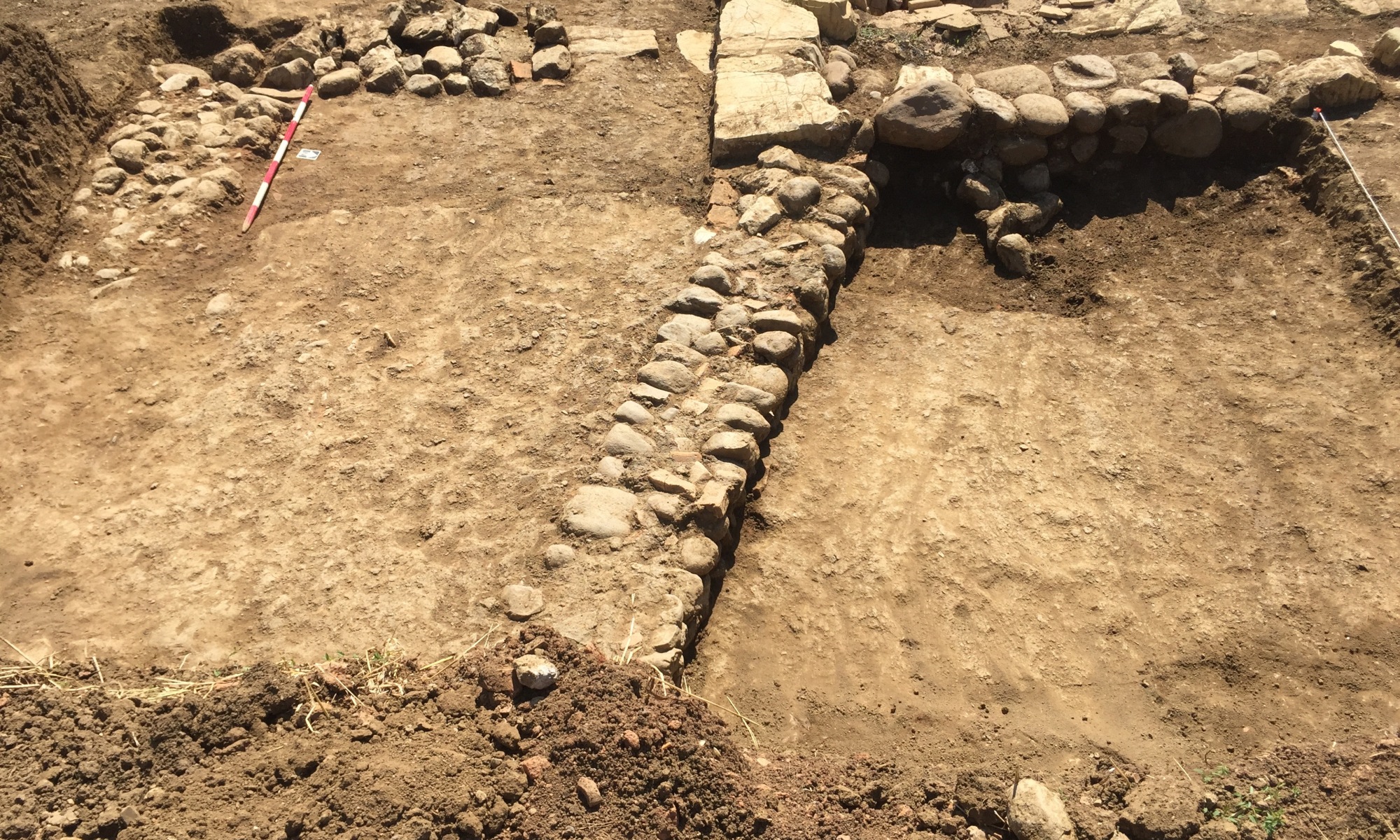 On Friday, we were able to start removing a yellow clay context in the new room, defined by a wall that presents a different alignment. The context resulted to be very rich in pottery and material culture in general and covered a much more compact clay deposit.

Just outside of this space, in the southern area of the excavation, we cleaned the wall-tops of the drain and removed an abandonment stratum. Two walls were revealed, making a corner as they touch the drain.

From next week, a change of strategy has been planned. The two archaeological teams will be working together at Podere Cannicci during the morning, while the afternoon will be spent at Castellaraccio.