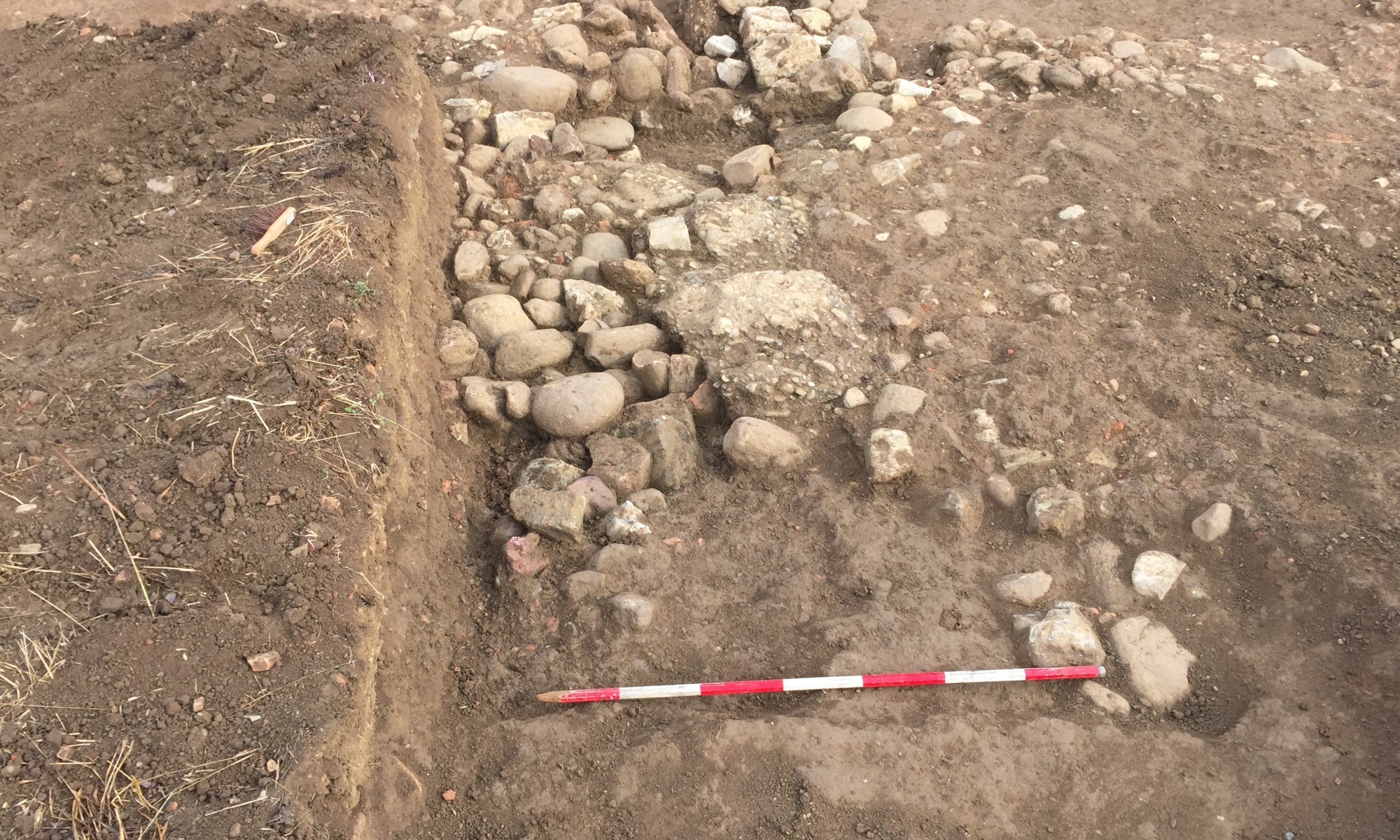 The excavation continued in the area of the eastern room, where we removed context 40. This stratum contained a large number of pottery fragments and some loom weights, although it is possible to consider it as an abandonment layer. Its removal brought to the light a new clay context, that we will investigate on Monday.

On the southern part of the excavation trench, we have cleaned the wall tops of the drain, exposing its cover in cementicium while we also aimed to finalize the cleaning of the SE corner, where a context of slag and rubbles seems to have been used as a walking surface.