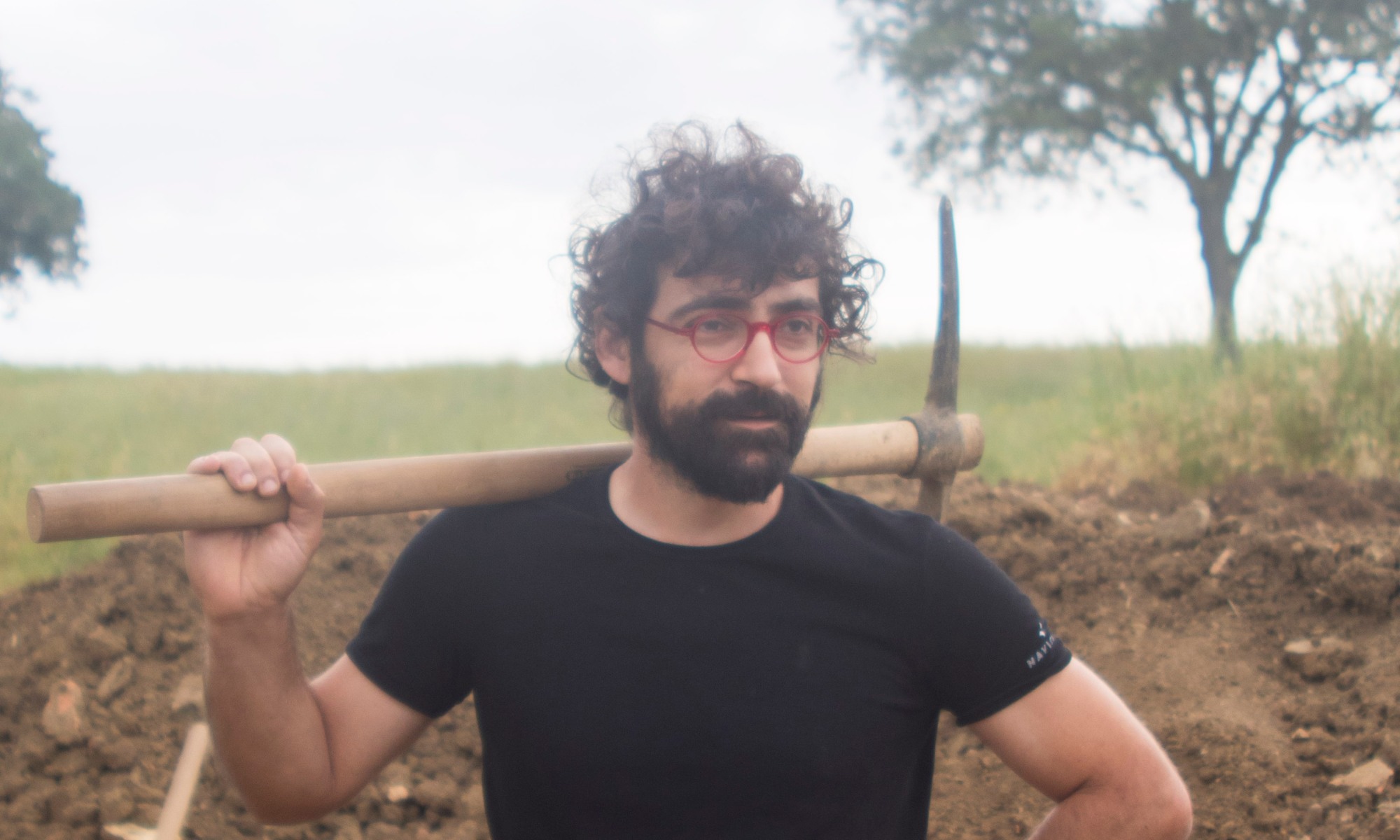 Edo, with his kind and understanding grin, cigarette hanging from the corner of his mouth, lungs belting beautiful music and battle cries, and eyes wrapped always in pensiveness, is all at once our fun-loving companion and a figure of mystery. He is the sort of person who is unlike anyone else but whom you are never quite sure you can truly know; our students strive to understand him fully, yet, failing, all would still follow him and trust him without question. He is a man driven by his sense of self and his existence in the present moment, and his freedom and security in who he is have opened him up to a life so filled by breathtaking, singular moments that he cannot think of one as the most remarkable.

Even though excavation acts as one of these still-life moments locked in time, the human connection is still wholly important to Edo. Just as how his high-school band was once a tight-knit group of friends who had to go their separate ways, so too archaeologists on excavation bond deeply and then must depart. At the same time, Edo does not believe that there has to be a rendering of intimacy. According to the thirty-six-year-old University of Siena Archaeology graduate, we should all hold onto our professional and personal relationships, forged most importantly, in Edo’s opinion, through respecting one another and knowing when to help our peers. We must always keep “into account the human side” of excavations—even if this snapshot of a close community must move on to the next. He has a teasing sense of humor, but when his eyes crinkle up with affection for his students and colleagues, Edo’s love for his team—we joke that it is a “conditional love,” but this is untrue—becomes clear. He always drives students into town or farther at the drop of a hat and constantly aids his fellows in any way that he can; he is always a teacher, a leader, and an excellent friend.

Edo grew up on the fringes of Grosseto, living a rural life on the farm of his grandfather, whom he considers to be his first archaeological instructor—teaching the now archaeological director how to wield tools and sustain hard work. As for the rest of his surroundings, Edo has held onto those people and lessons as well: he enjoyed the early years of his life surrounded by his closest friends and those people whom he loved then remain his best friends today. Despite the continuity of these friends, many people pass in and out of the framework of Edo’s life. In high school, he was in a band and felt very bonded to those members; yet, even those close connections remain just one period of this traveler’s life. Instead of looking to recreate that dynamic, Edo relinquishes the past and does not try to cling to it, and thus, when he went to Siena to study, he did not try to reform a band or relive that moment. All of these periods of time, whether they are playing music with friends or bonding with peers during an excavation season, act as moments suspended—“you live this particular moment,” but it is still important to Edo to retain these relationships once that moment has passed. He understands that these contexts and particular dynamics can never be recreated, and he aims to free interpersonal connections forged within these intimate circumstances so that those bonds themselves can adapt and continue past their original moments in time.

These are connections that are often formed beyond barriers of language. Edo tries to express himself truly to all of the students and visitors who do not share his mother tongue by finding alternative social means to express himself and his ideas—although his English is undoubtedly good enough to carry out complex conversations on literature, politics, history, academia, and the nature of human beings while doing justice to his nuanced and intelligent points of view. He can often be found with his bare feet crossed in front of him on the concrete stoop outside of the dining room, his red-rimmed glasses downturned toward a book spread out in his hand. Through the names on his book covers, the quiet companionship of legs dangling off of the concrete edge, the intelligible gestures on site that direct without confusion, and the universal language of laughter, Edo maintains his identity in every context. He can change and adapt to any aspect of his environment and circumstances and live as an unbound man upon the face of the Earth; yet, he preserves his selfhood above all else and refuses to compromise or taint who he is or who others know him as for academia, although he would love to teach if he could remain the way he is or the social demands of any career. He instead has chosen a life that is dynamic, ever-shifting like the constantly changing faces of the early, hundreds-strong archaeological campaigns at Populonia, which occupy Edo’s favorite period of his excavating career. Unfortunately, due to the current political and financial climate of the country, archaeologists can no longer undertake such massive operations, but Edo reflected on this formative period of his youth with fondness. The young man remembered also digging alongside his friends at Alesia—a site famous for Julius Caesar’s decisive victory over Gallic tribes—as a moment of personal growth.

Despite the power these sites have had over his development as a person, Edo believes that archaeologists must separate themselves from the object of their studies, lest they project their present reality onto the people of the past and warp those ancient stories. As the scholar puts it, first quoting British novelist L. P. Hartley, “’the past is a foreign country’…we must understand the past for what it was” and understand that the thoughts and experiences of those within past civilizations were absolutely different from what we experience today or perhaps can even imagine. About our own time and our own circumstances, however, Edo believes that staying informed is incredibly important—according to him, we must study philosophy, economics, and politics to understand the current world, and, although studied at arm’s length from ourselves, we must examine the past in conjunction with our present condition to imagine a better future and “act in the present.” In Edo’s opinion, the field of archaeology is vital for aiding such understanding and application by revealing why different societies failed and succeeded in relationship with each other, larger economies, and the environment, and “archaeologists have a [civic] responsibility” to involve the public in their findings and cross-disciplinary and academic boundaries.

Within this responsibility of understanding and bettering our present circumstances, Edo does not simplify the world to make it more digestible. He undertakes complicated literature such as James Joyce’s Ulysses and challenging theorists, often unnecessary to read for his field, because “the reality is complicated,” and the complexity of these works reflect how life and human beings really are. True to himself, Edo is a man who equally wishes to genuinely know the world so that he may be a proper and active participant within it. Wherever he flies, curiosity and a hunger for raw sincerity follow, and he ensures that our excavations under the IMPERO Project maintain these virtues as well—both toward those whom we study and toward the warm bodies that surround us.