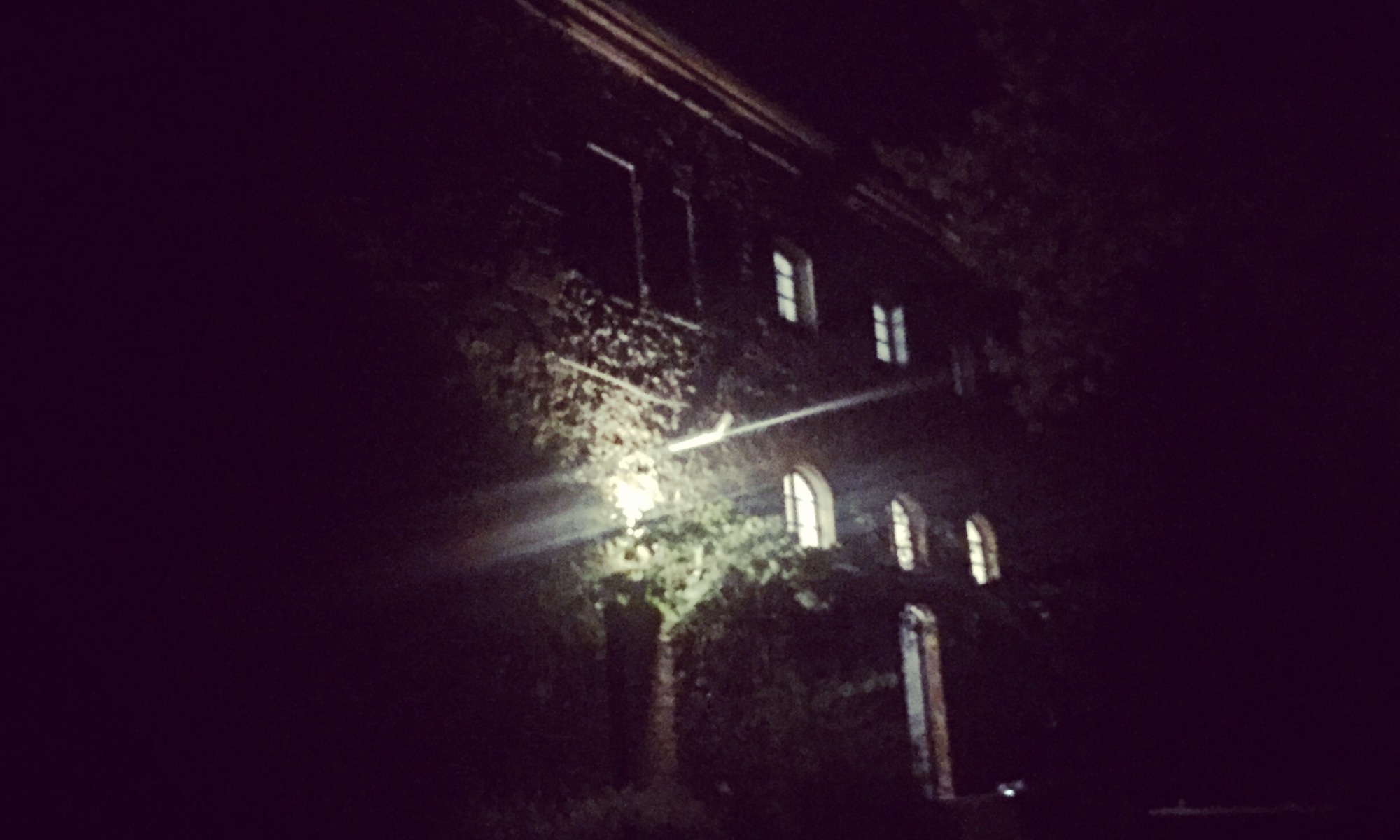 During my final night at Monteverdi, I did not sleep. Pink and milky blue rolled over the Tuscan hills, and the cold wind billowed through the Cyprus guards that marked the dog cemetery and sent ripples through my dress. I had been “promised” the sunrise, and as each new day passed by I believed that the moment would never arrive. I had spent so many nights under star-kissed skies and dimming sunsets—laughing with friends under the twining metal of the gazebo, being (painfully) American and playing beer pong in the tiny town of Sasso d’Ombrone, sipping harsh whiskey and making table-cloth doodles while Edo and Riley wove through the crowd to photograph us in candid poses—and I had even spent many mornings up before the sun to greet the star as it rose. That last evening, however, I connected those frozen moments in time of brisk darkness and coming day, and I witnessed that unity on my own. I never felt overwhelmed by the constant presence of people during my stay at Monteverdi, but in that moment, alone with the land and the shy, illuminated windows of Paganico in the distance, I would not have wished for that solo viewing to have been any different.

When I had been asked to describe my experience in three words before this moment, I provided the word “magical”; now, this adjective feels unjust on the page. Instead, this mystical world, for all its wonder, was perhaps the realest reality has ever felt to me. Never before had the air felt so present and detectable in my lungs, or my emotions so natural on my skin, or my sense of home and belonging so untainted and true. In pure comfort, my peers and I toasted and laid within the trenches of our labor as the sun set on Podere Cannicci, spent several afternoons snuggled together on our couches for movie nights and soccer, and danced in the van with the windows down to punk rock and William Shatner’s “Common People.” In pure clarity of the senses, we stood in awe beneath the ruins of Cosa, our hands running along monumental stones, and embraced the tear-inducing wind off the Tyrrhenian Sea as the sun sent glittering light across waters and the silhouetted islands. There, we inhaled the damp and frigid cistern air beneath the earth just like we peaked through openings to structures below at the Populonia excavation site and felt the sea breeze blow swiftly over the neighboring mosaic floors.

Above all, however, I think that what I will remember most is the laughter—all of us on the IMPERO Team constantly shot silly looks each other’s way, and we would bombard each other with light-hearted abuses as we wore grins on our faces. I used to have a far more difficult time standing that degree of humor, not always understanding where the comedy ended and the truth began, but here, not only did I revel in the teasing with my knees in the dirt and my hands cracked, dry, and bleeding, but I never once could imagine this family turned against me. Every time I looked at these new friends, I realized just how much they would do for me, each other, and even those whom they had never met before. These students, some with next-to-nothing, were always the first to offer to cover others’ expenses, place euros in the cups of the disenfranchised, offer their aid or ears to any who needed them, and put those responsible for their comfortable living at the forefront of their minds. On site, as I would lay with lips chapped against the earth we had all removed, I would offer my final cold sip of water to my peer in the trench, or that peer would do the same for me. My colleagues’ and I’s relationship with our directors was no different; they always offered all that they had, though often feigning annoyance for a split second, and although they constantly pushed us to our bodies’ full potentials, at the end of the day, they always prioritized our mental and physical well-being. Our directors, some of the most intelligent, capable, and hard-working people that I have ever met, also proved themselves to be some of the most humble, compassionate, and open-minded. Their examples encouraged their students and colleagues to be their best selves and to likewise aid them in any possible way.

Thus, after our successful Sunset Archaeology showcase of Podere Cannicci, the students’ fun around and within the site was not just a show of comfort. As the sky erupted with streaks of rose and violet and we took photos of our joyful faces pressed together, singing happy birthday to Dr. Sebastiani and Mike under those celestial flames while Ryan and Paolo Alberto played amongst the hay, we all realized the inextricable nature of every team member from each other’s lives. These moments will always remain a part of us—we will hopefully retain these connections, a hope that is reinforced by our photo-sharing and interest in the continued adventures of our peers still across the sea, but no matter how things change, these contextualized relationships will always inhabit our memories and these new versions of ourselves. As I imagine my new friends still exploring Italy, sending pictures of Austria and other faraway places, or continuing their work and normal lives back at home (in all of the different places that we hail from), it is difficult to picture a future without them in it. We became so close in such a short period of time that these few days apart have felt full of holes; yet, even separated by distance, time, and study, I know that we will all never stop participating in each other’s growth. Just as our giggles and the echoes of our scream-singing bounded down from every precipice to coat the valleys below, so too will the cries of distant support from our peers, directors, and other new connections coat and bolster all of our successes, and I eagerly await the passion-filled fulfillments and beautiful experiences that lie in the futures of all of my new companions.