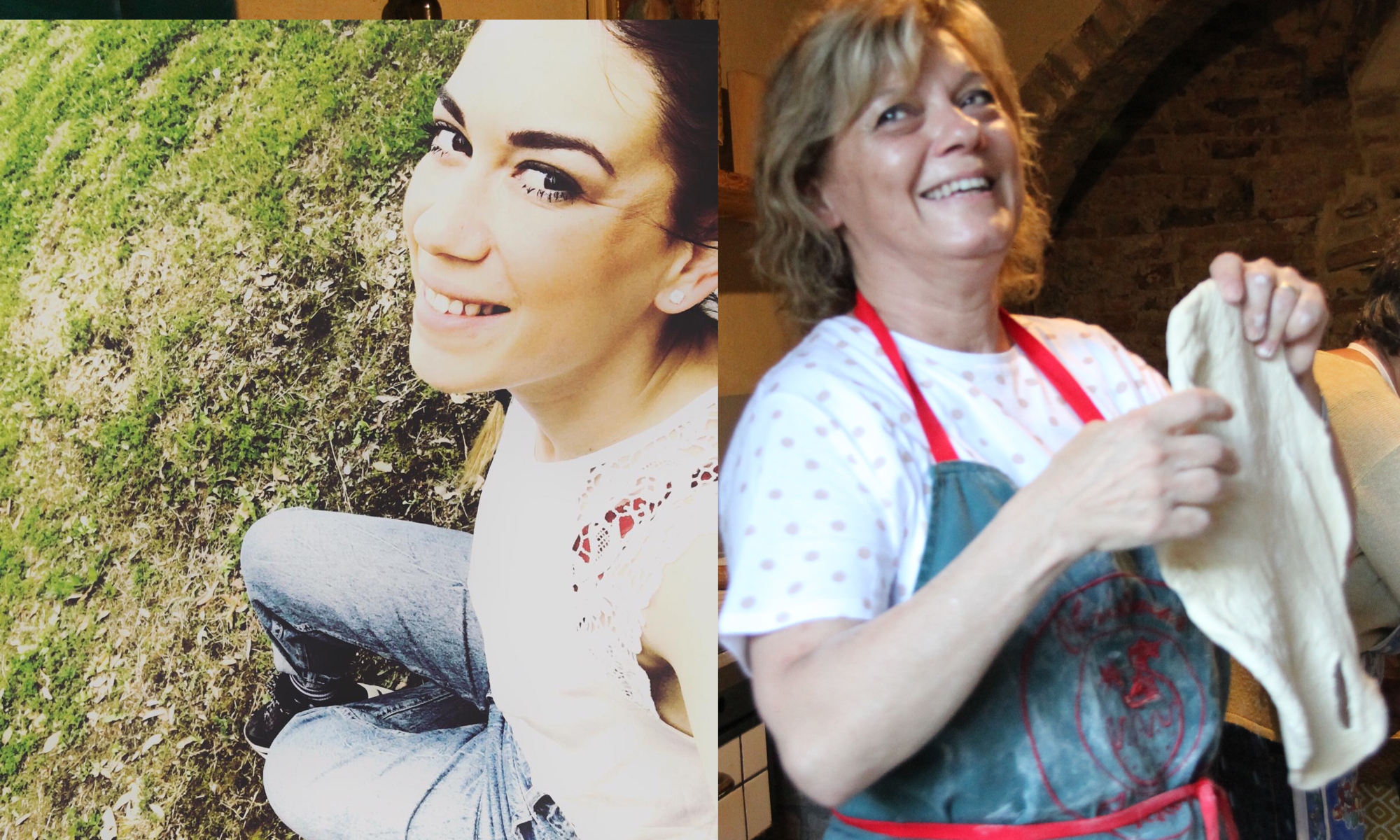 For Fiorella and Nicoletta, Monteverdi is a haven of respite from the outside world—a place of beauty filled with kind souls and the energy of dancing. For these two fantastic women, the palace on the hill, the place where they cook glorious meals for us hungry archaeologists and make us feel welcome, has always been home to them. It is sheltered from the violence that defines contemporary Italy and much of the world, standing as a reminder to all of the potentials of working together in appreciation and kindness as well as the goodness of people, friends or strangers. Simultaneously, however, these ladies take in so much of the exterior world. Laughing by the poolside, they described their various travels to faraway places: Fiorella spoke of her joy in witnessing cultural diversity, particularly through clothing, from different portions of Italy, remarking on the beauty of the land and her love of “costumi colorati…[che sono] sempre molto bello [colorful costumes (which are) always very beautiful],” to Croatia, Austria, and Switzerland, while Nicoletta recounted staying with a dear friend in Sardegna and travelling to Naples, Prague, the countryside of France, and Paris, which, she says, “mi è rimasta molto nel cuore [has remained for me very much in the heart].”

These experiences and preferences even translate directly to my personal relationship with these women; in fact, just minutes before our interview, Fiorella told Nicoletta about how beautiful she found my traditional Ethiopian clothing, which she has made clear in her constant kind comments over the internet from thousands of miles away over the past year; Nicoletta, on the other hand, embodies this love of different places in her welcoming of various people, including myself, with open arms, ready to stay up into the night in festive spirit. Although neither has yet come to America, these small-town souls have hearts wide enough to stretch the distance between continents—a truth which every person whom they touch can sense.

Within their locus, however, is also a tale of families linked through time. When I asked Fiorella how she met Luca, she explained that she watched him be born as she was staying in his father’s house at the time; from then on, she said, “ho seguito sempre Luca in non certo sense [I always followed Luca in no certain sense]”—he was family for her, “basta [enough].” Nicoletta, on the other hand, had only heard of Luca, and she met him when she came to interview for her position at Monteverdi. Nevertheless, living in a small town creates its own closeness, and since Nicoletta was good friends with the son of Fiorella, the older took on the younger as a daughter: “per me, [lei era] sempre una figlia [for me, (she was) always a daughter].” While both women have lived in Paganico for the whole of their lives, with Nicoletta only attending school in the nearby city of Grosetto, they prefer this life, an existence with ‘less chaos, more truth, more tranquility’ defined by its authentic people and experiences.

In this spirit of authenticity, Fiorella prefers the atmosphere of folk festivals where she can drink, dance, and bask in cultural pride and genuineness just as the students of IMPERO had the chance to experience for the first time at “Froggattack” in Paganico. At Monteverdi, quite unlike her other experiences doing similar work, she stimulates this atmosphere on her own terms, enjoying her labor because it allows her to talk and laugh with the people that she meets and to give her energy to others, bring them joy, and care for them as she loves to do. It is comforting to know that the warmth that we feel when we are taken care of by her, not only through her food cooked from the heart but through her tight hugs, kisses on the cheek, and small squeezes of our arms, is reciprocal: When people smile at her, she has cause to smile, therefore enjoying spending time with younger, joyous people. We all try to lend those smiles and to be the source of joy for her that she is for us; in fact, it is difficult not to be, particularly when her passion for life is best expressed when the sun goes down, spinning in circles, or when she winks playfully while drizzling an alcoholic coffee-topping over fluffy sweet bread in preparation for a party.

While Nicoletta claims to be less prone to dancing, she shares in many of Fiorella’s preferences and her love of life. She enjoys live music such as the concert that we attended together in a tiny town nearby where, despite her claim, she swung the arms of a small child to the fast-paced beat and spun and swayed alongside me, drink in hand and head tilted back in laughter. In the same vein, Nicoletta loves to sing, as does Fiorella: The former continues to study the craft in Grosetto, returning to school in September, and the latter described her love of karaoke and how she used to sing in her church when she was young. Both marked smoking as a vice that hinders their ability, but the hollow, moving sounds of Nicoletta’s voice bouncing from the walls of the kitchen as she taught scales to Noemi and, later, lyrics mingled in laughter as well as the sweet, soft sounds of Fiorella in time with Edoardo’s guitar and the voices of her friends as she sat in the garden attest to the continuity of this passion and ability in both women.

One of the key objects of enthusiasm for both Fiorella and Nicoletta, however, is food. Just as Sardegna holds a special place for Nicoletta due to its cuisine, she described going to restaurants as one of her favorite activities, and the local flavor found at folk festivals is a key component of Fiorella’s love of them as well. The former, however, described herself as a student and a taster while the latter told me of the origins of her passion for cooking: She painted a picture of a young Fiorella planted on a chair by her grandmother, watching her roll the dough upon the table; this began as a game between them, but before long, it developed into a love and skill that was fostered by Fiorella’s mother as well. In the movement of Nicoletta’s hands to follow those of her mentor, it is clear that this tradition continues: In the hearts of these women, the soul of a small town breathes in new life and exhales it laughter and song that echo into the moon-lit nights.