The crew arrived quite early on Friday morning, early enough to see the moon set and the sun rise.  Indeed, the sun always shines on Podere Cannicci, and shine it did. Dr. Vanni joined the team over in the main site as they continued to articulate Context 60, which is composed of primarily large stones. In doing this, the team realized that the tile wall, running along the western edge of the site, continues outside of the trench.  After this, they began removing context 59, now behind the wall (Context 58) as Michael and Savannah found the continuation of the floor stones and began to articulate a context of larger stones within Room V. The crew ended the already quite productive day by removing the tarp left by previous excavations and by troweling the North East corner to perfection.

In Area 1000, Thuraya finished troweling Context 5 by removing the remaining tile.  Tina began to expose the rest of the wall, Context 4, before quickly realizing that the wall either does not continue or it is in ruins. They then swept with fury to prepare for the “Sunset Archaeology” event on Sunday, when the fruits of their labor and that of the rest of the team will be presented to the local community. This season has enlightened the team about archaeological methodology and practice and has allowed the team to literally hold the rich history of Paganico within their hands. They cannot wait to share what they have accomplished with the people who live there, with those who have greeted them with open arms and the occasional Aperol Spritz. Grazie a tutti! 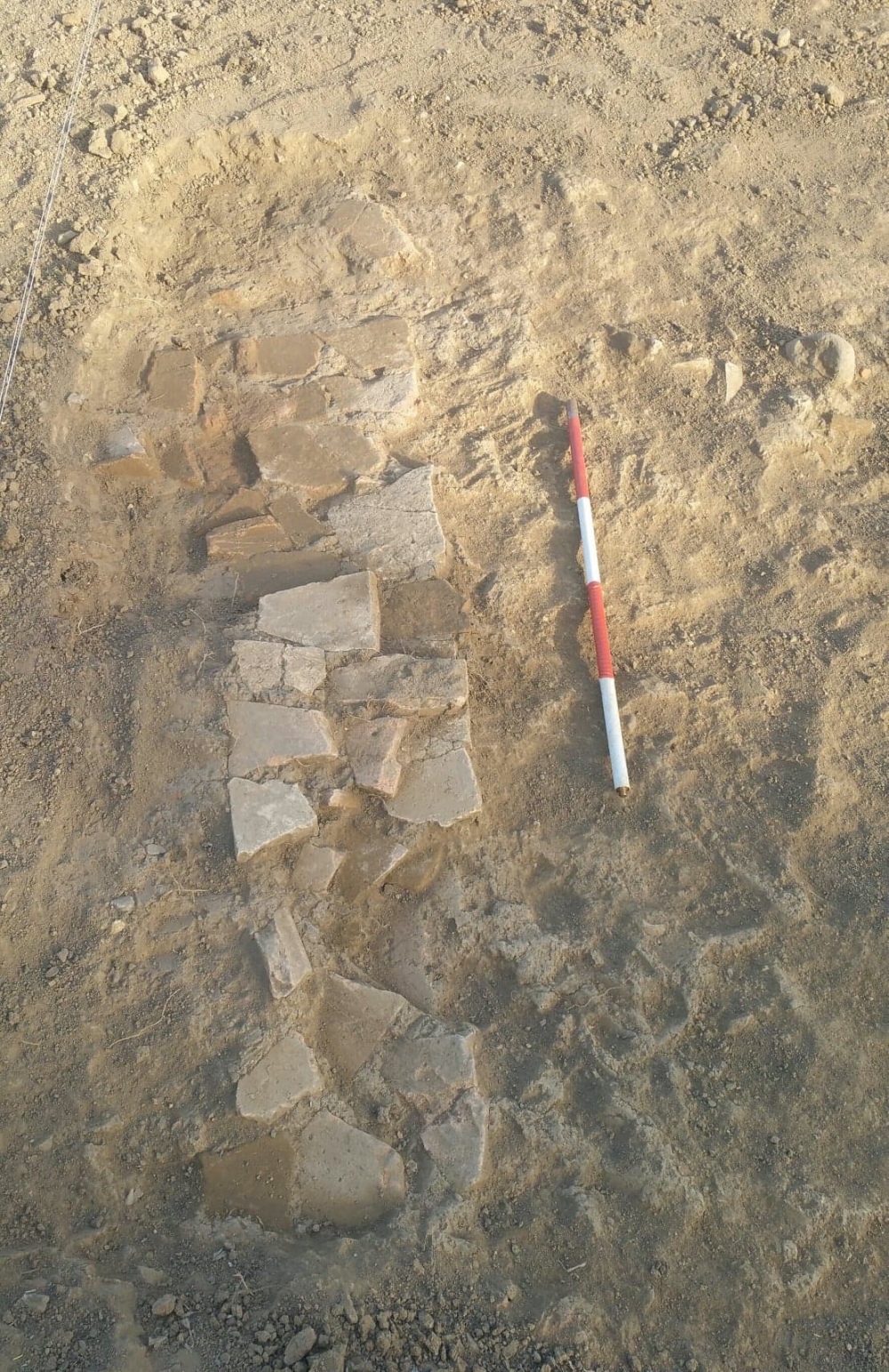