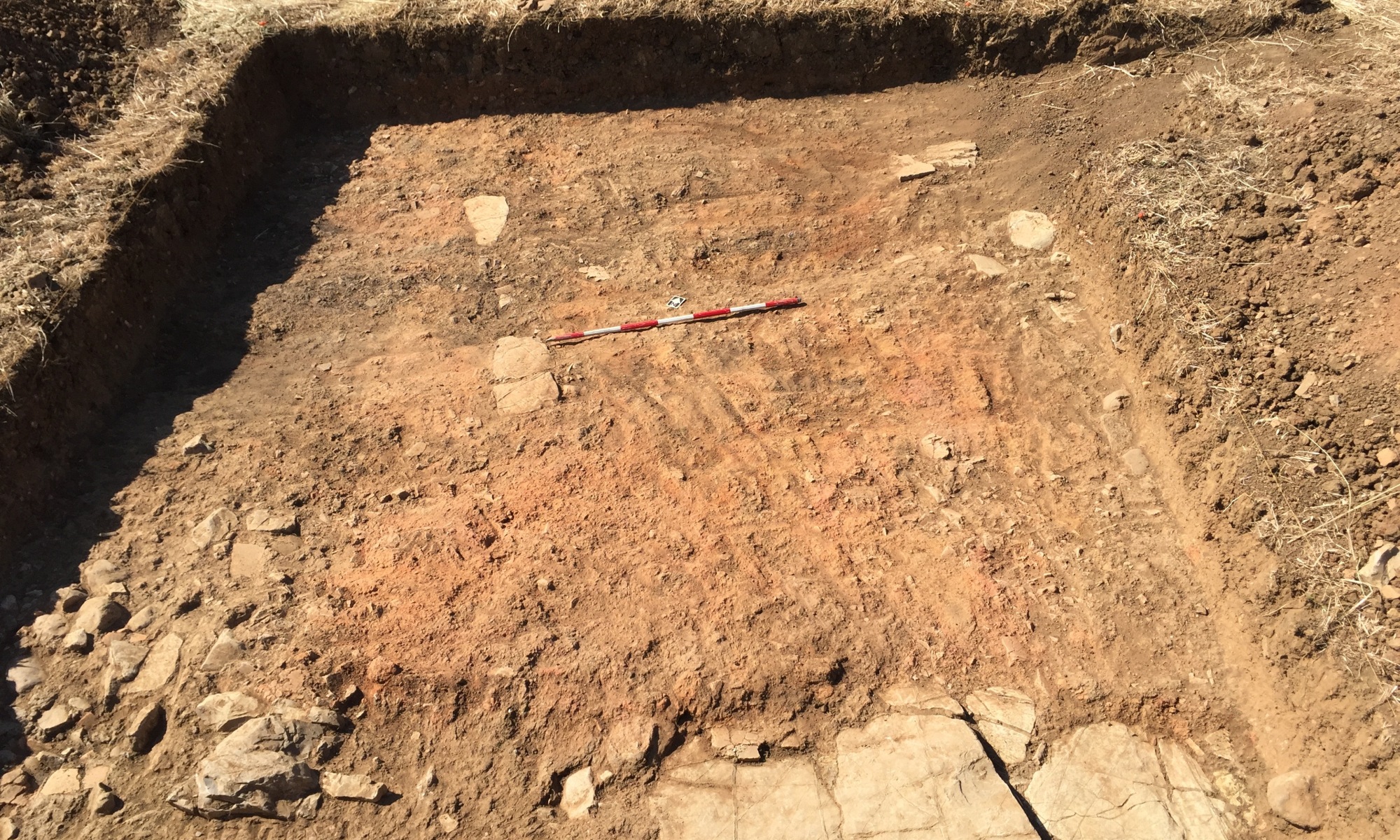 Today the first archaeological season at Podere Cannicci started under the Impero Project.

We spent the day removing the remains of the topsoil and exposing a series of new contexts. In the eastern part of the trench a series of 3 large blocks of rock seems to define a wall of the complex with a NE-SW orientation. Mostly the entire portion of the excavation is covered by a bright red and black context, possibly deriving from a high exposure to a fire. Interesting pieces of carbonized beams can be seen within this context. In the SE part of the trench the burnt clay is characterized by the presence of a rubble layer of broken roof tiles and tegulae while in the middle of the excavation area a possible E-W alignment of stones can be seen.