Thursday was quite the eventful day at Castellaraccio. Alessandro and his team worked hard to continue clearing out the last of the collapsed walls of the castle, reaching the outer wall of the complex. Marc continued to excavate the small area outside of the threshold of the house, finding more pottery and bone fragments.

Finds have been hard to come by in the palace (area 1000), and the team expected to have another day full of pickaxing, hauling rocks, and shoveling bucketful of dirt. Among the first finds of the day were building materials such as tile and brick fragments, and two bones. Just before lunch, Alessandro made a huge discovery; A coin was found in the collapse! This called for a more attentive excavation of the area where the coin was found, a metal detector quickly became a relied upon tool. Almost immediately after the initial find, Megan and Lilli found two more coins! The team was beyond lucky to have found not just one coin, but three all within about five minutes! This lead to more careful excavation around the area, unfortunately, no more coins were found.

The rest of the day at Castellarracio was brightened by the light of wonderful finds which reinvigorated the efforts to finish excavating the collapse. 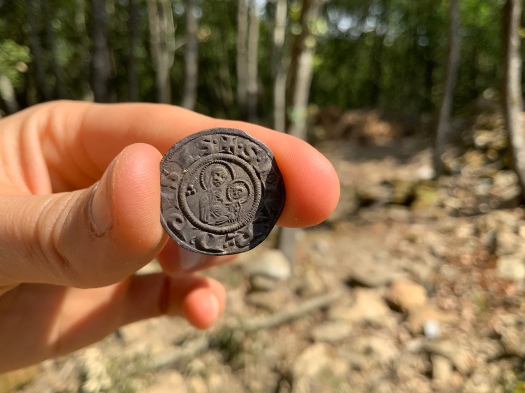 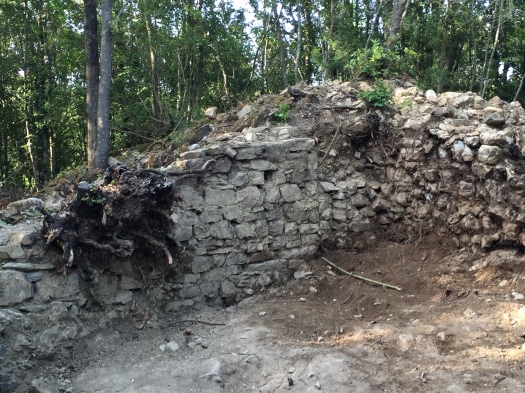