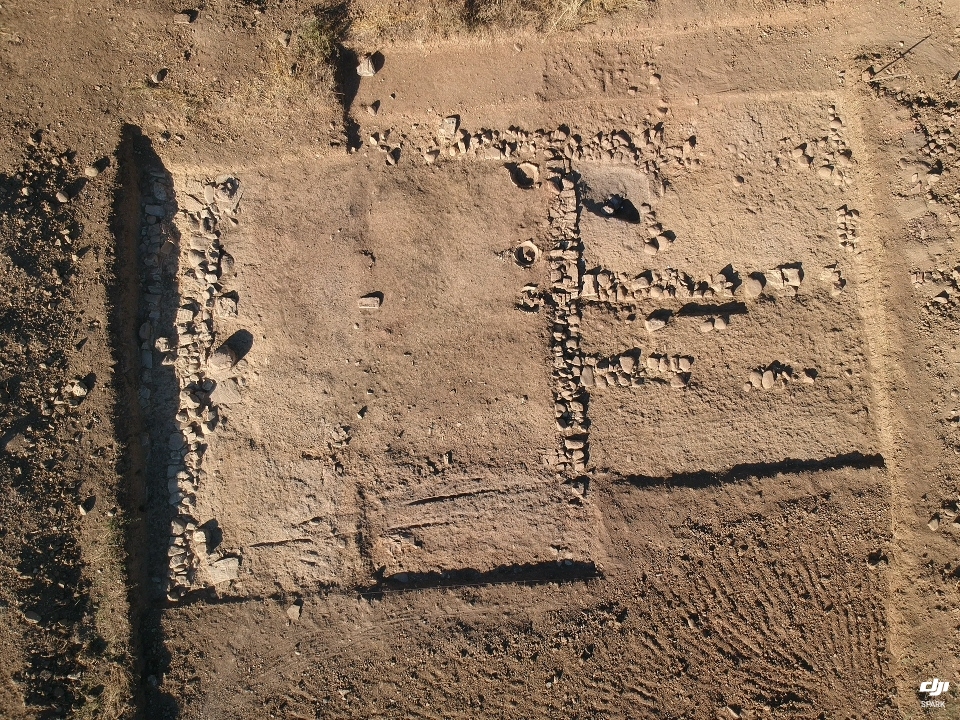 Today, we started to label the newly discovered rooms at Podere Cannicci, as our 2020 season is coming to an end.

In the meantime, US 29 was documented and removed, exposing the possible prefurnium of the kiln/oven US 28 and the NW-SE wall US4.

In the southern area, instead, US 2 was completely removed as well as the collapse. Just below it, the remains of melted clay walls appeared, cut by agricultural plowings of uncertain chronology.

Other contexts were exposed, but not yet fully identified and documented.