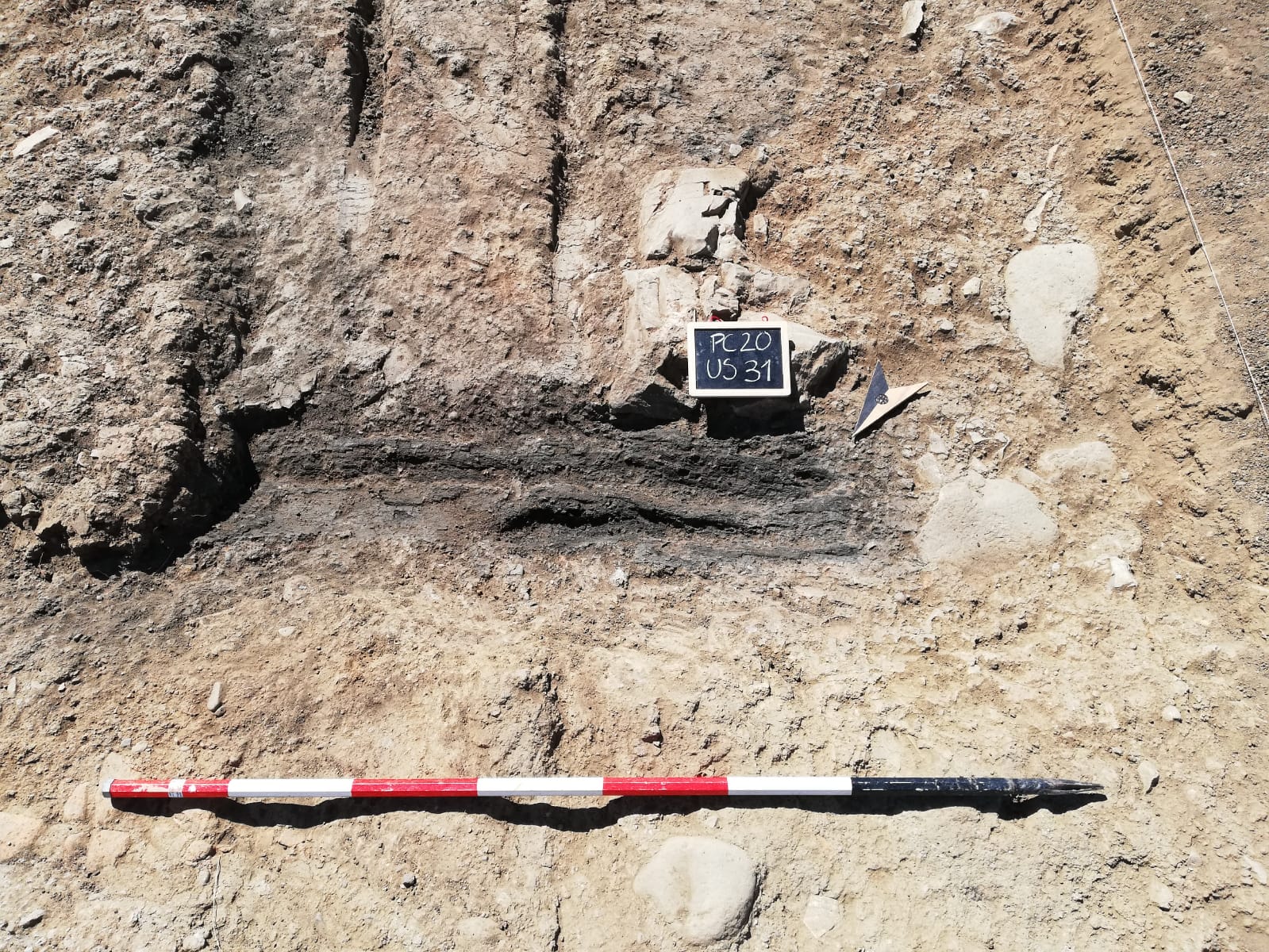 In the eastern part of the excavation, US 29 was completely removed while wall 4 was fully exposed. A new wall appeared, aligned to those of the large drain discovered in 2019.

A wooden, charred architrave or very large beam was discovered by removing the collapse, while new contexts were exposed as well in the southern area. A bronze door knob was recovered in the collapse.

Finally, some activities took also place at the medieval site of Castellaraccio, documenting new evidence that will help understanding the overall medieval settlement and its connection with the fallen bridge.